On the 11th June 1727 George I died, leaving his son, George II, to become King of Great Britain and Ireland. George II ruled until his own death on the 25 October 1760, whereupon he was succeeded by his Grandson, George III. We are pleased to offer a range of fine antique sterling silver from the George II Period. All of our George II silver can be purchased online, or from our shop in The London Silver Vaults. 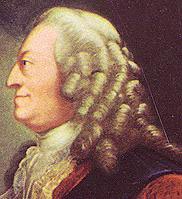 The relationship between George I and his son was extremely poor. After a particularly nasty family quarrel, the King actually banished him from his residence at St. James's Palace, and excluded him from all public ceremonies. The Prince of Wales, for his part did as much as he could to encourage opposition to his father's policies and his London residence became a meeting place for his father's opponents.

Nonetheless, in 1727 upon George I's death, The Prince of Wales succeeded to the throne to become King George the II of Great Britain and Ireland. As a monarch, he was disinterested in politics and government and concentrated instead on listening to Handel and chasing various mistresses. Infact, George II's only real claim to distinction was that he was the last reigning King of England to lead his troops into battle, which he did at Dettingen, in 1743, advancing on foot at the front of his infantry and defeating the French.

George II's reign was one of unprecedented prosperity for Britain at home and abroad. This environment was perfect for the silversmith, and many fine works of Georgian silverware were made in the period. A new consumer confidence led to a return of more exuberant rococo styles of silverware and the simplicity of Queen Anne period silver began to be diluted with various forms of decoration, including cast and applied silver details, rococo chased work and bright cut silver engraving.