A HISTORY OF THE BRITISH
HALLMARKING SYSTEM

British silver is famous for its quality and for the enigmatic series of markings it carries, known as hallmarks.
As we will see, these marks tell us a great deal of information about the item upon which they are found, including the year it was made and who made it. This hallmarking system, coupled with the high quality and prolific output of the British silversmiths has made British silver the most collected silver in the world.

To understand the history of the British hallmarking system, you have to start with the close connection between silver and money.

From ancient times, silver has been used as money. 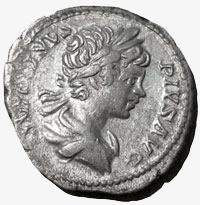 The relatively high value of a small amount of silver, coupled with it’s durability and the fact that it can easily be divided into equal sized pieces, made it the material of choice for coins the world over.

But in order that all silver coins had equal value it was necessary to make sure that they were not only the same size but also the same purity, and for this reason it became important to establish a standard of purity that all coins had to be made of. At first glance, it might seem sensible to use pure silver but in its pure form, silver is very soft. In order, to strengthen it, it needs to be alloyed with another metal and the metal normally used for this is copper. Experience had shown that a ratio of 92.5% silver to 7.5% copper produces at excellent silver alloy, easily worked and highly durable. And so, In 1158, Henry II made this alloy the legal standard required of the British coinage and the standard was named Sterling Silver. This standard and the silver coins that used it were so important to the British system of money, that the currency became known as Pounds Sterling with one Pound being equal in value to one troy pound of sterling coins.

From this I hope it is clear that in this period and for several hundred years after, silver and money were inextricably linked. In fact, they were essentially the same thing. But silver wasn't just used to make coins, it was also used to make objects and as labour was extremely cheap in these days and silver was extremely expensive, the value of these silver items was more or less, the value of the metal in them. Indeed, during the English Civil War in the middle of the 17th century the majority of the country’s silver was melted to pay the troops. As such, silver from before 1700 is extremely rare and its price goes up accordingly.

Clearly, this close relationship between wrought silver items and money meant that the purity of silver items was also very important, and so, in 1238 Henry III passed a law that stated no silver items could be made which were 'worse than the king's money' and sterling silver became the minimum standard allowed for wrought silver items. The Mayor of London was ordered to appoint 6 London Goldsmiths to be responsible for enforcing this requirement by assaying (testing for purity) items made in gold and silver. I would like to note at this point, that the word Goldsmith originally signified goldsmiths AND silversmiths and it was only much later that the term silversmith started to be used to distinguish those who worked mostly in silver.

So, by 1238, both silver coins and silver items had, by law, to be made of sterling standard silver. However, there was no method in place for showing that a silver item had been tested. And so, In 1300 Edward II passed a new law saying that no item made in silver was allowed to be sold until it had been assayed and then marked with a leopard's head crowned. Initially the responsibility for this remained with goldsmiths elected by the mayor but in 1327, Edward III made the Goldsmith's Guild responsible for assaying and marking.

A guild was a medieval association of craftsmen or tradesmen working in the same field. The members would elect wardens who were responsible for regulating their trade and making sure that the members behaved correctly. Most guilds would own a building where they had meetings. This building was known as the Hall. As already mentioned, in this period Silversmiths were known as Goldsmiths. So the Goldsmiths guild included silversmiths. The guild had 4 wardens and it’s hall was known as The Goldsmith's Hall.

To begin with wardens from the guild would visit silversmiths workshops to assay and mark pieces but later it became the responsibility of the silversmith to bring the items to the Goldsmith's Hall for assaying and marking and this is where the origin of the word hallmark comes from. It is literally the mark of the hall.

THE MAKER'S MARK
(Who done it)

In 1363 a new law was passed, making it compulsory for all silver items to also be marked with a Maker’s Mark. A list of all makers and their marks was kept at goldsmiths hall and so if an item was later discovered to be less than the sterling standard, the offending maker could be found.

The HB mark shown is for Hester Bateman, the most famous female silversmith and possibly the most collected British silversmith ever.

THE ASSAY OFFICE MARK
(Where it happened)

The anchor mark shown is the Assay Office Mark for Birmingham. It was first struck in 1773 and is still in use today.

It is not clear when the practice of marking items with a 'town mark' began but in 1423 a law was passed mentioning 7 assay towns other than London. So we can assume that by this date, the use of town marks had begun and that the leopard’s head mark not only indicated the sterling standard but also that the item had been assayed in the London assay office.

Before travel became so cheap and easy, there were many assay offices dotted around Britain to enable silversmiths to hallmark their goods. As time passed, all of these smaller provincial assay offices closed down. Pieces of silverware with rare town marks are now very collectible and command high prices when they come on the market.

Today the only assay offices that are left open for hallmarking are London, Birmingham, Sheffield, Edinburgh, and Dublin.

THE DATE LETTER
(When it happened)

In 1478, another new mark was introduced which today we call the date letter. This mark was a single letter which was changed once a year. The example shown here is the London Date Letter T for 1854.

Records of which letter signified which year were kept and today this information is enormously valuable to the collector because it tells us the year in which the item was made. However, at the time the date letter was introduced, it’s purpose was quite different. The custom had developed that one man would be responsible for testing the purity of the silver and that this person would serve the company for a year at which point a new assayer would be elected and take over the role of testing the silver. So, these letters were initially known as the assayer’s mark and their purpose was to make it possible to see from the marks which assayers had tested an item, so that if a marked item was later found to be less than sterling standard, the assayer responsible could be punished.