COVID UPDATE: 25th January 2021
The website is open and accepting orders. The shop is closed to the public.
We are shipping every Monday and Thursday.

First seen in the early 17 hundreds and one of the most important patterns of that century, Rattail can be identified from the "rat's tail" running up the back of the spoon bowl and the line passing down the centre of the stem. Rattail's popularity decreased in the 19th century before seeing a resurgence in the late Victorian period and early 20th century. It has remained popular ever since and today is one of the three most popular of the plain styles of sterling silver flatware, alongside Old English and Fiddle. 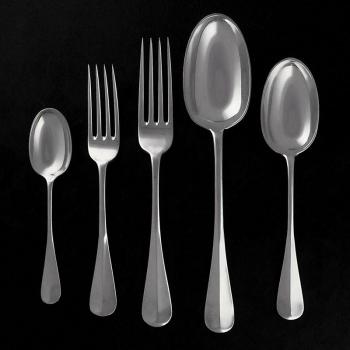